After three great days at Mad Cool Festival we had a few days to explore Madrid before heading on to Portugal for our next city stops.

We headed straight for the Royal Palace of Madrid and the Almudena Cathedral which faces the palace across the plaza.

The Royal Palace of Madrid is the largest royal palace in Europe with 2,800 rooms. We explored about 23 of them on the ticketed tour and that was a long trek! 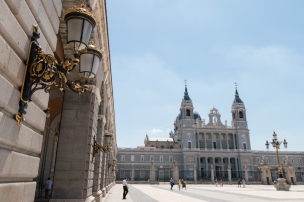 It certainly felt huge. We spent most of the morning looking through the throne room, crown room and the Royal Armoury which is all worth seeing.

We then walked up to the Egyptian Temple of Debod. The temple was originally from Aswan in Egypt and had to be moved for the Aswan High Dam to be built as it would have flooded. It was gifted to Spain supposedly to thank Spanish archeologists who had helped to save monuments in Egypt.

The temple sits in a big park so we stopped for a while to have a picnic and read our books in the sun. It was weird to see an Egyptian Temple in such a different setting, but nice to know it was gifted to Spain. There is an Egyptian obelisk in Paris that, according to our bike tour guide, the Egyptian government keeps asking to be returned.

We then met back up with Harry and Jodie at the rooftop bar of the San Anton market. We had a cocktail as the sun set but it was a bit too trendy for us so we decided to move on.

We ended up going on to Muniz, a tapas bar Harry and Jodie had found earlier. We spent the evening drinking beer and eating so many tapas while celebrating the birthday of the bartender. 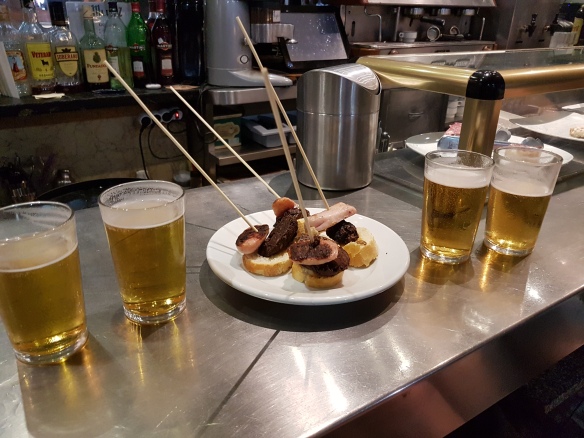 Muniz was a little family run bar on Calle Calatrava in the tapas district. If you do find yourself around there, pop in for a local tapas experience.

After finishing up at Muniz we decided to try one of the ‘best’ tapas bars as recommended by The Guardian, El Tempranillo. We managed to squeeze in and order some Spanish wine which was served with delicious Iberian ham. This was a much fancier place than Muniz and had much more of an atmosphere. This bar is on Calle Cava Baja which seemed like a whole street of tapas places. 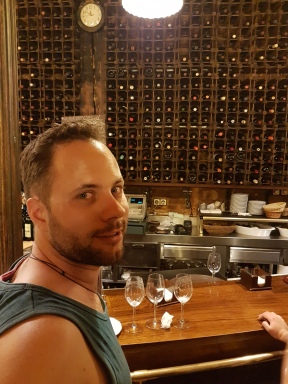 On our last day in Madrid we got up early and headed for Buen Retiro Park which was calling out to me as a huge green space on the city map. But before taking off on the Metro we stopped for a quintessential Madrid snap, in front of the Bear and the Strawberry tree in Sol plaza. 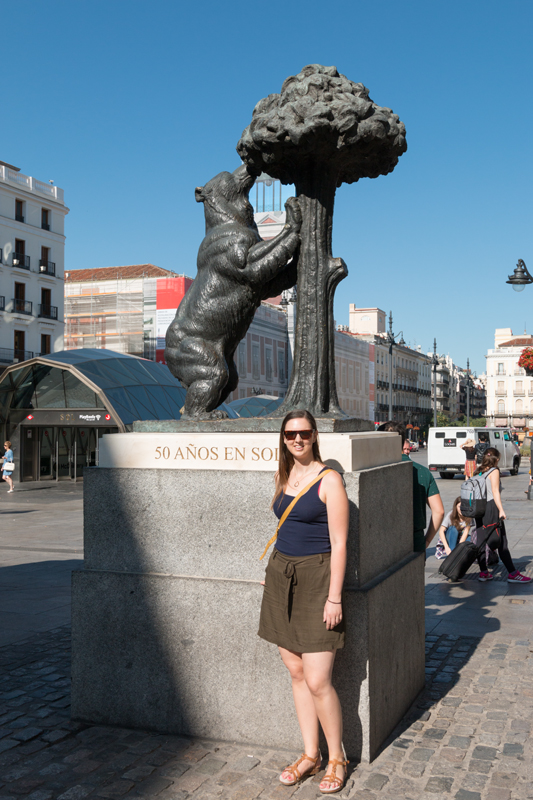 We had a gorgeous morning for the park and wandered as long as our legs would take us, feeling righteous for getting up so early on holiday. 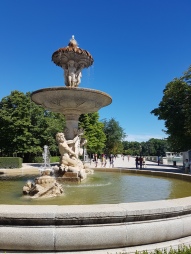 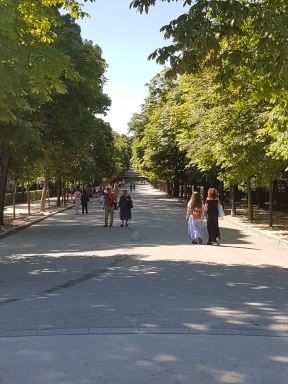 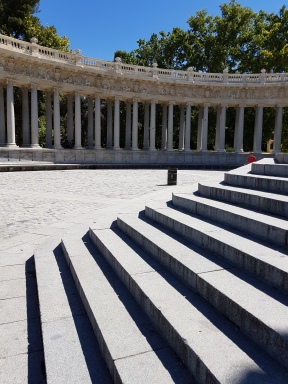 We were a bit obsessed with this ornate tiled seat, too. #poser

For our last meal in Madrid we met up with Harry and Jodie to have a giant omelette at La Buha. Ben had been recommended this place by a colleague before leaving and I got a bit obsessed with trying it.

There were about 10 options to try off the menu and we chose a caramelised onion and cheese omelette. It tasted amazing but being filled with potato and served with a side of bread, even four of us didn’t get through it.

With full bellies we said goodbye to our flatmates and headed out to the airport to fly to our next stop, Lisbon, Portugal. I’m glad we spent some time in Madrid, it’s not as flashy as Barcelona but definitely worth a weekend break, if only for the delicious tapas.

An area of London I rarely find myself in. Loved walking through Westminster and Parliment square today #tiredoflondontiredoflife
Lovely trip to #tatebritain today to see the #year3project exhibition
It's the end of #christmasjumper month. Not feeling ready to ditch them yet 🙃