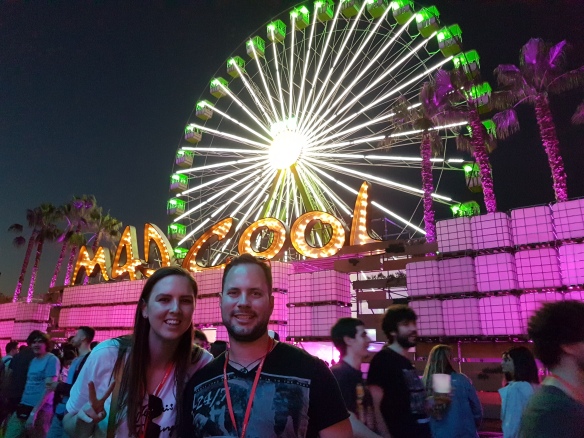 It’s so nice looking over photos of  our summer holiday while rugged up in woolies and slippers. It’s making me so excited about what this year will bring for sure, I’m in full holiday planning mode. Bring on spring and summer!

But for now here is my recap of Madrid. We travelled here for the Mad Cool Festival in July 2017 with our flatmates Harry and Jodie. Madrid is not somewhere I ever planned on going, but I’m glad we did as it’s a great city and a great festival. Here is what we got up to..

We arrived to a storm in Madrid. As our taxi from the airport passed through the city, with windscreen wipers going hell for leather, we all looked at each other like ‘how it this going to go down?’ we had only planned for the sunny Spanish summer.

Although we ended up having huge rainstorms for all three days of the festival, the rain would always ease off around 6pm which is around the time the festival starts. Perfect! There was no Glastonbury style mud pits either as the festival is at a tennis complex all the ‘fields’ were actually fake grass over tarmac. No gumboots required!

We started with so chilled out sounds from The Foals and the discovery that drinks at this festival were sold by the litre. Gulp! What is great though is that rather than using fresh cups for every drink they give you a lanyard to hold onto your cup and refill it at a discounted price. Such a good way for a festival to be.

We had a wander around, then Ben and I settled in for the night at the Foo Fighters who were headlining the main stage. Such a good show and great way to kick off the festival.

We regrouped after the Foos for a dance along to Kurt Vile and the Violators. Then hung around to see Catfish and the Bottlemen who were brilliant! I spent the rest of the summer listening to their albums. 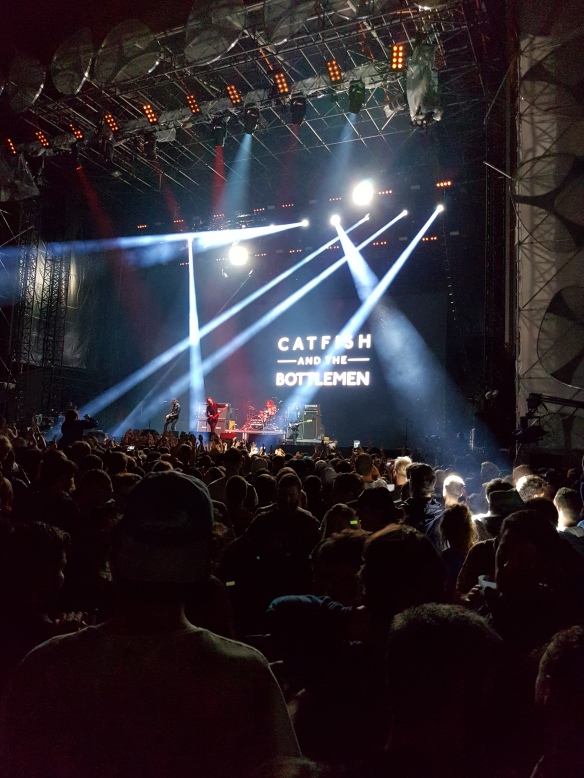 Deciding not to stay on for the closers Boys Noize we ventured out into the night. Although ended up wandering around for about an hour trying to figure out how to get a taxi then seeing the queue deciding to try our luck flagging one down just outside the festival area as taxis were on the way in. Dirty but it had to be done – we ended up doing it for all three nights of the festival.

This would be my only gripe about Mad Cool. They had buses you could book for the end of the event (at about 5am) but if you wanted to leave at a more reasonable hour (like 3am) taxi seemed to be the only option. A few more buses shuttling people to the city centre would have been helpful.

After rain in the afternoon the sun came out hot! 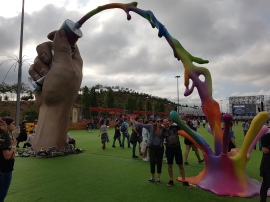 Today we tried out all the little activities the advertisers put on including bull riding.. 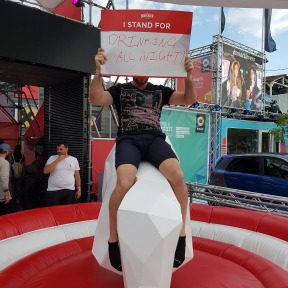 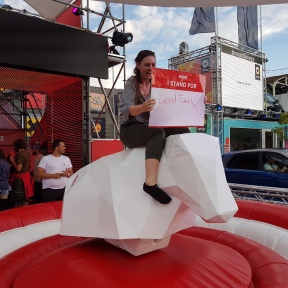 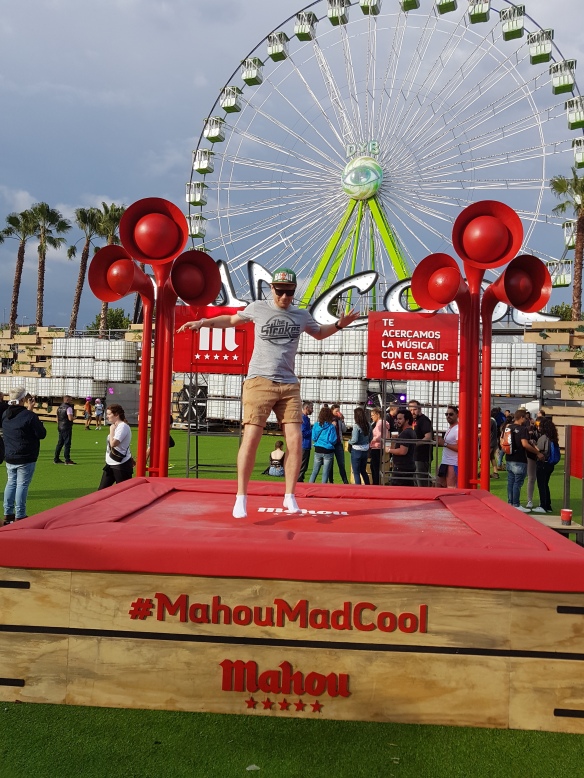 Today the headliners were Green Day and for me, they were the unexpected highlight of the festival. They put on such a good show and I forgot how many absolute tunes they have written throughout the years. Definitely see a Green day gig if you get the chance, even if you wouldn’t call yourself a fan.

Today we discovered the Aperol tent and got free pairs of sweet orange sunglasses. I briefly switched to drinking an Aperol spritz then remembered that although I love the colour of the drink, I really don’t like the taste. I went back to Tinto de verano, my wine and lemonade combo I had been drinking all festival. 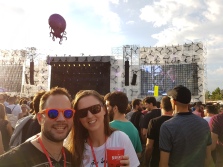 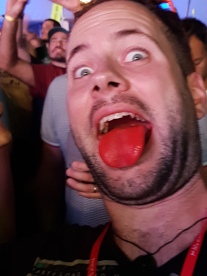 We chilled out in front of Wilco during the afternoon.

The headliners for the closing night were Kings of Leon. The put on a belter of a show but there is something I always find lacking in their live performances. They’re not super interactive and after Green Day the previous night they really didn’t measure up.

We closed out the night by seeing MIA. A big change from the mainly indie rock bands we had seen all weekend. She was fabulous! Owning the stage in a brilliant red suit!

All in all great fun for our first European festival, and our first proper festival since Glastonbury.

We still had a few days in Madrid to explore before Ben and I moved on to Portugal. That’s coming next.